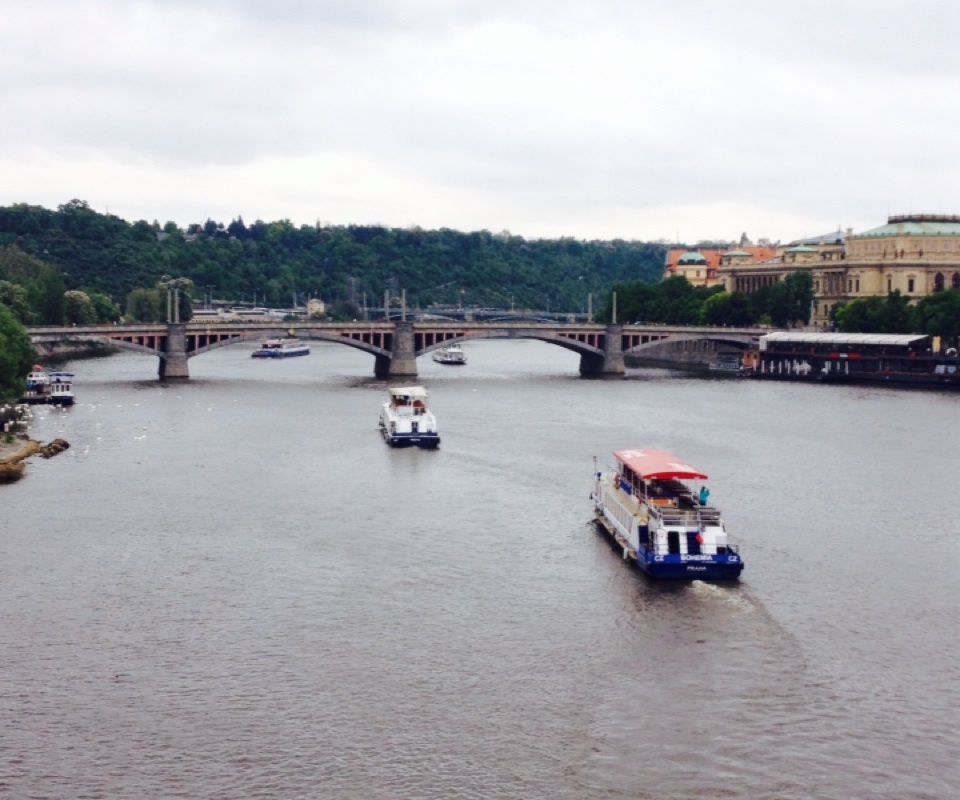 Unfortunately it took us a bit longer to get to Prague then expected as there was a major traffic jam from Friday traffic and rain.

After a good nights sleep we planned a full day of exploring. We caught the metro to the Prague castle. The underground metro used to be communist bunkers so that was an experience in itself. The castle was situated at the top of a hill so that meant walking up plenty of stairs to get to it but the views of the city were beautiful.

We happened to be at the castle for the changing of the guard ceremony, I was astonished at how they can keep such an expressionless face.

It was absolutely freezing walking around the castle grounds so we were pretty happy to find a Starbucks next door, they even had blankets for sitting outside! 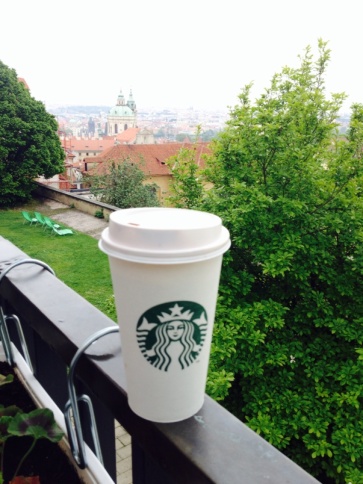 After the castle we walked over Charles bridge and through to old town square.

We stopped at the Prague ice bar on the way which is part of the 5 storey nightclub which they say is the largest nightclub in Europe. We went into the ice bar, entry included a free cocktail so we enjoyed a nice cold drink (in a ice cup) in -9 surroundings. Shaun also got an ice cold Heineken and on the way out we bought the most awesome little shot glass moulds so we can make our own ice shot glasses when we get home. 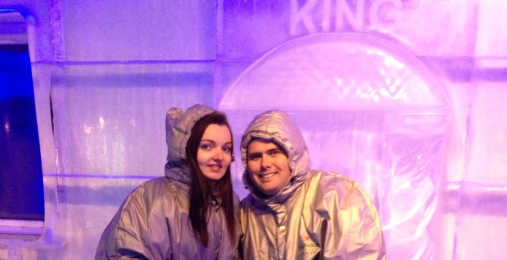 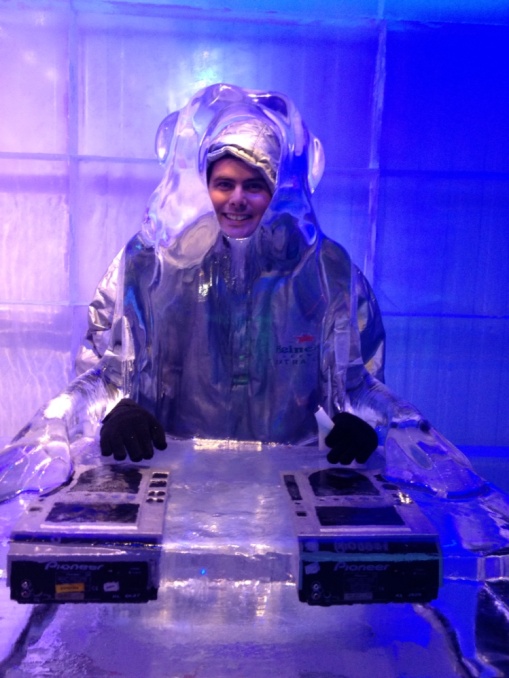 In the old town square we saw the astronomical clock, markets, Tyn church and St Nicholas church. We also had lunch at this nice little Italian type restaurant. It was outdoor seating with heaters under the tables and they provided blankets so we were snuggled up having lunch. We walked all the way to Wenceslas square which is one of the main city squares in Prague.

We found the funkiest bar on the way home which was a scrap metal place – it had a clock outside made from scrapmetal as well as different pieces on the outside.

We also found a shop dedicated to Absinth!! 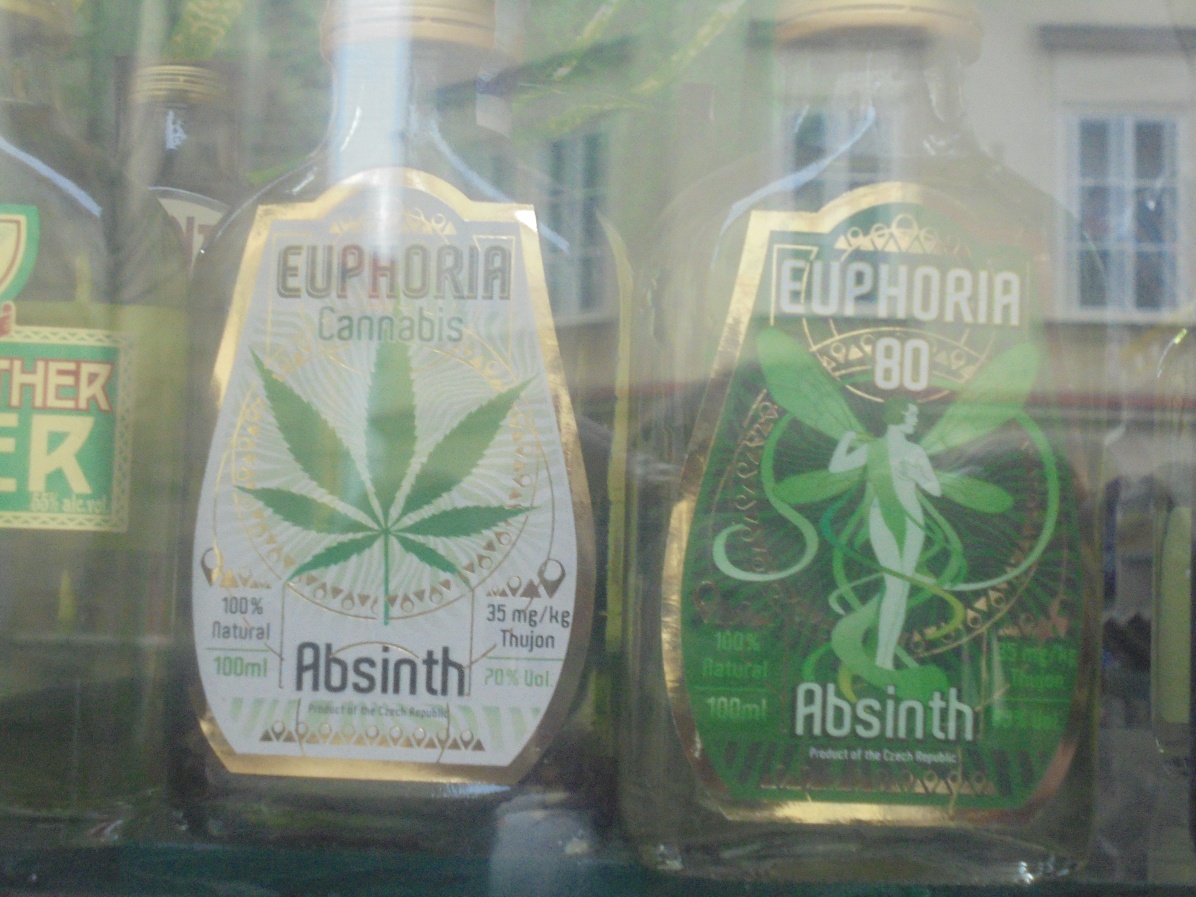 Prague was absolutely freezing when we were there so would love to go back in Summer.